The HGM 5-Axis High Rail Gantry Profiler Series from SNK has been developed specifically to machine large, multi-faceted parts for the aerospace and transportation industries including engine/gear cases as well as bulkhead and landing gear components. The HGM Series is also ideally suited for the semi-finishing of dies and molds.

All models in the HGM Series feature simultaneous 5-Axis contouring combined with high speed, high power (up to 100hp/20,000 rpm) for unmatched stability and accuracy.

The newest model in the line up-the HGM 2500-has a distance between columns of 150 inches yet requires less space than comparable table type machines. 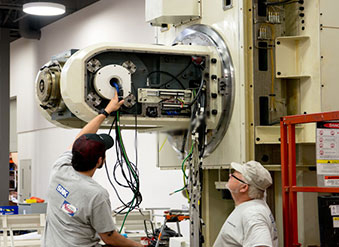 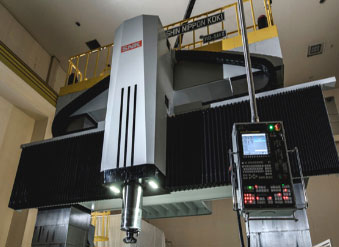